Jerry Kovacich is the original founder of C2e. He was formerly the founder and president of APECS, Inc., a leading engineering and project management company in Boulder, Colorado. He has over 30 years of experience in the design, startup, commissioning, operation, and maintenance of facilities in the energy, specialty chemical and pharmaceutical industries.

Prior to APECS, Mr. Kovacich worked at Syntex-Roche, where he was involved in technology transfer and commercialization on a number of successful pharmaceutical chemical process implementations. He has also worked for Dow Chemical in the late-stage development and commercialization of catalytic halogenation process technologies, and for Shell Oil in gas production. Mr. Kovacich earned a bachelor’s degree in chemical engineering from Montana State University, with supplemental degrees in math and business administration.

Thomas Mulholland is a co-founder of C2e. He is also the owner and co-founder of Golden Energy Services, Inc., a company that currently manages over $200 million in electricity and natural gas commodities for clients throughout the United States and Canada. Golden Energy Services develops and provides ongoing management of energy supply strategies and solutions for its clients. Mr. Mulholland has 18 years of experience in the development and management of electricity and natural gas supply and transportation agreements, development of cogeneration projects, and development of energy and business strategies.

Prior to founding Golden Energy Services, Mr. Mulholland was a principal at e prime Energy Traders, Inc., an unregulated subsidiary of Xcel Energies. He was responsible for developing e prime’s business case including achieving board approval for its initial $10 million capitalization, and the implementation of energy commodity management strategies.

Prior to e prime, Mr. Mulholland held successive leadership positions at Public Service Company of Colorado. His experience includes information technologies management and outsourcing, energy efficiency projects, power process control and optimization, electric cogeneration, industrial sales and marketing. Mr. Mulholland has closed over $300 million in electric contracts over the past 10 years. He earned a bachelor’s degree in general engineering from the University of Illinois, Champaign, Ill. 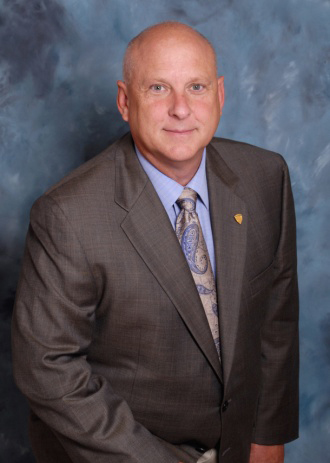 Mr. Grossman is an active Leader in the World Federation of Engineering Organization representing approximately 100 countries around the world. Currently he serves as Chairman of the Committee on Energy where he is directing a team of world experts on Wind Power, Nuclear Power, Solar Energy and Sustainable Energy for All. Mr. Grossman is sponsored by American Association of Engineering Societies (AAES) and American Society of Mechanical Engineers (ASME). He was the 2009-10 President of the National Society of Professional Engineers (NSPE) representing all Licensed Engineers throughout the United States of America.

Steve Harmon is a founding member of C2e. He has over 25 years of experience in domestic and international construction project leadership. Mr. Harmon has founded and operated multiple construction businesses in commercial, industrial and residential fields. He has held leadership roles at major chemical operating companies with increasing levels of responsibility in chemical facility operations and maintenance. At APECS, Inc., he served as a construction consultant and project/construction manager for a number of major industrial clients.

Mr. Harmon is recognized for his unparalleled professional skill in the implementation of complex technology projects. His expertise is in construction and project management, contracts administration, construction safety, permitting, commissioning and start-up chemical and industrial processing facilities. He has directed project execution programs for firms throughout the continental U.S., as well as projects in Australia, Taiwan, and China. These include chemical and pharmaceutical processing facilities as well as green-tech and advanced energy products. Mr. Harmon received the Facility Construction Team Excellence Award for Chevron’s state-of-the-art Global Technology Process Command Center in Richmond, Calif.

Dan Tyndall joined C2e as a founding team member in 2014. Prior to C2e, Mr. Tyndall has worked in the chemical industry is various capacities for over 30 years, with the last 10 years at Air Products and Chemicals, Inc. overseeing product development. Previously he worked for the National Renewable Energy Laboratory (NREL), managing the biofuels department. Most of Mr. Tyndall’s experience has focused on technology development and commercialization in the areas of industrial gas production, gas purification, power generation and process optimization. 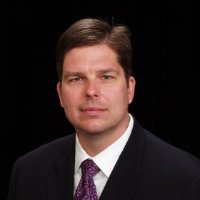 Mr. Licis focuses on financing activities and provides leadership and coordination of the company’s financial planning, budget management, and accounting procedures. He also provides financial insight and strategic support to the CEO.

Carlos Sala has been a private investor and has served on and advised numerous company Boards of Directors during the last 17 years. He is currently Chairman of Trueffect, Inc, a technology company, Chairman of C2E, a bio-renewable energy company, Board Member of Polestar, Inc., an oil and gas consulting firm, Trustee of the Alexander Dawson School and Chairman of its Finance Committee. During his time as a private investor, he has been involved in guiding several private equity companies through numerous successful capital transactions.

For three years prior to 2000, Mr. Sala was Chief Financial Officer of Abacus Direct, Inc., a NASDAQ listed direct marketing technology company. In that role, he lead the sale of the company to Doubleclick, Inc. in a $2.3 billion transaction. From 1992 until 1997, Mr. Sala was Chief Financial Officer of Dal-Tile International, Inc., a NYSE listed firm and the world’s largest ceramic tile manufacturer. At Dal-Tile, he raised approximately $1.0 billion in capital including an initial public offering, public debt offering and numerous private financings. From 1990 until 1992, he was Executive Vice President of International Operations overseeing a $100 million business with 3,000 employees.

Prior to 1990, Mr. Sala was a mergers and acquisition manager working for Ernst & Young in New York. In that role, he worked on leveraged buy outs, strategic acquisitions and sales performing financial due diligence, developing financial projections and capital structures on behalf of financial and strategic acquirers on transactions ranging in size from $50 million to several billions. Mr. Sala is a Certified Public Accountant with degrees in finance and accounting from the University of Georgia.